Minneapolis, Minn. – Fast-growing Minneapolis engineering firm WSB has expanded its leadership team and opened an office in Austin, Texas this week, to accommodate significant growth in recent years. The company has grown 38 percent since 2015, and has added a chief financial officer, vice president of marketing and communications, and corporate counsel in the last year. Most recently, WSB named Jon Chiglo the company’s first-ever chief operating officer (COO). Chiglo, who also leads WSB’s transportation division, will help grow the business through new efficiencies and opportunities.

“WSB’s impressive growth is a testament to our commitment to our clients’ success, and our bold vision for the future,” said Chiglo. “I’m looking forward to taking on this role as we move into this new chapter.”

WSB is now the fourth-largest engineering firm in the Twin Cities. When it was founded in 1995, the company had five staff, one office and three different services areas. Today, the company offers services in more than 25 areas, employs more than 450 people and has expanded its markets beyond Minnesota with 12 offices across four different states. The firm opened its newest office this week in Austin, Texas, where they’ve been working with municipal clients for the past two years. Plans to open a new office in Denver later this year are underway as well.

“As we’re growing our roster of clients in the public and private sectors and building expertise in new practice areas, we felt it was important to grow our leadership team as well as our brick and mortar space to support better experiences for our clients,” said Bret Weiss, WSB President and CEO. “Since our inception in 1995, we’ve had a startup mentality. Now, we’ve reached a place where we can be more strategic about our future.”

WSB is ranked #7 on the Star Tribune’s 2019 Top Workplaces list, making its seventh consecutive appearance. The engineering firm was also recently named #66 on the Zweig Group’s Hot Firm List, the firm’s sixth consecutive appearance. Zweig’s Hot Firm list honors the fastest growing firms in the AEC industry.  Firms are ranked based on three-year revenue growth. Additionally, WSB received a number of prominent awards in the past year for work on projects such as Afton’s Old Village preservation and the Minnesota Department of Transportation’s Corridors of Commerce project. 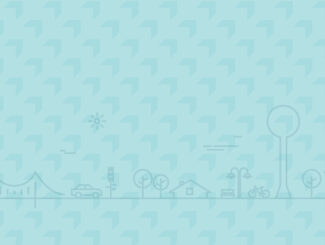