Local engineering firm WSB today announced the promotions of Monica Heil and Morgan Dawley to leadership positions in the firm’s municipal services division. In their new roles, Heil and Dawley will oversee the growth and management of WSB’s municipal market, including municipal engineering, community planning, economic development and water-wastewater services.

Heil, formerly the senior director of municipal services, is now the vice president of municipal services. Heil is a civil engineer who has served many communities in Minnesota for over 15 years. She replaces vice president Lee Gustafson. Gustafson, the former longtime engineering director for the city of Minnetonka, assumed the role in 2018 and worked alongside Heil to restructure the fast-growing team to better serve the firm’s clients. Gustafson will remain on the firm’s leadership team in a reduced role.

“Monica has a deep understanding of long-term operations and maintenance needs associated with municipal engineering,” said Gustafson. “She believes in developing solutions that have a profound effect on the communities she serves. There is no one better to lead WSB’s municipal services than Monica and I am confident in her ability to deliver on our client’s infrastructure needs.”

“Morgan has shown tremendous commitment and leadership to WSB’s municipal team,” said Jon Chiglo, WSB’s chief operating officer. “Throughout his tenure he’s made a strong impact on our clients and staff.  He has asserted himself as a leader and I am thrilled for Morgan to take a more active leadership role within the company.”

In the last two years, WSB has expanded the executive team, built a larger C-suite and acquired two companies. As the third-largest engineering firm in the Twin Cities, WSB has 14 offices in four states.

To view the resumes and headshots of Heil and Dawley, click on the links below: 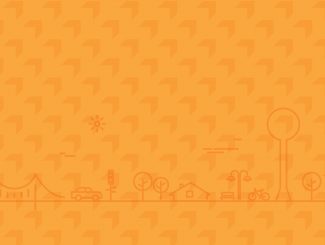