On Monday, November 16, President Biden signed the bipartisan Infrastructure Investments and Jobs Act into law. This $1.2 trillion package, which includes $550 billion in new federal spending over the next five years, gives local and state governments significant opportunities to fund infrastructure improvements over the next several years.

What’s in the Bill?

For communities and states eyeing dollars for projects, here are some highlights of what is included in the bill:

What is the Timeline?

States and communities across the nation have a laundry list of projects and priorities that they are hoping can be funded by this legislation. But what comes next, and when can local and state governments expect to see funding?

Federal money will be allocated through a variety of programs, mostly run by the U.S. Department of Transportation, as well as a handful of other federal agencies. There are two ways that most of the funding will then be disbursed to states – either annually through a formula or through a competitive grant program.

For the competitive grants, timing is unclear at this point as the Department of Transportation will have to set the criteria, then solicit and review applications from state and local governments before announcing the awards. This process could take several months.

For formula funding, dollars may begin to go out as soon as in the next few weeks and are expected to be distributed over the next six months. Funding that goes into existing federal programs with formulas already in place, as well as certain more basic projects like resurfacing, improving roadways, bridges, and transit, are expected to see dollars faster than more complicated capital projects or ones that require new rulemaking.

Communities can begin preparing now to tap into funding for infrastructure improvements and take advantage of new spending.

One thing to note is that once dollars are allocated to states from the federal government, they will have quite a bit of flexibility on how those dollars are spent. Many state departments of transportation have funding priority lists, and in some states, legislatures or other local entities may try to earmark projects.

At WSB, we help many clients tap into grant funding, and have resources from the community level to planning to design and construction. For local communities vying for community projects – whether it’s road construction, transit, wastewater, clean energy projects, etc., it’s critical to ensure you have as much information as possible prepared and stakeholder support so you can apply for grant-based funding quickly when parameters and deadlines are announced. This will help put your project in a strong position. 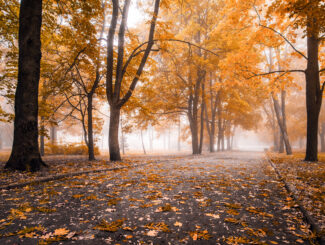