WSB provided environmental services for the City of Savage during the Valley Oil Site redevelopment project. The former Valley Oil Property is a 2.2-acre site located on Highway 13 in Savage, Minnesota, which operated as a commercial bulk petroleum distributer, retail filling station and auto maintenance business from the mid 1960’s through 2012. WSB completed a Phase I ESA, which identified 13 recognized environmental conditions. Following the Phase I ESA, WSB completed the Phase II ESA and the asbestos and regulated materials inspection which identified asbestos-containing materials on the building structures in addition to soil, groundwater, and soil vapor impacts at the site. Based upon these findings the impacts were reported to the state duty officer and a new leak was issued for the site.

WSB prepared a Response Action Plan (RAP)/Construction Contingency Plan (CCP), enrolled the site into the MPCAs VIC and petroleum brownfield program, developed cost estimates, and prepared grant applications for site decommissioning and redevelopment of the site. Once the RAP/CCP was approved by the MPCA, WSB completed response actions that included the management of impacted soil, the removal of 16 underground storage tanks, ACM, hydraulic hoists, oil/water separators, septic systems, and well sealing verification in compliance with the approved RAP/CCP. Soil corrections completed during site redevelopment included the removal of 11,849.54 tons of contaminated and geotechnically unsuitable soils. 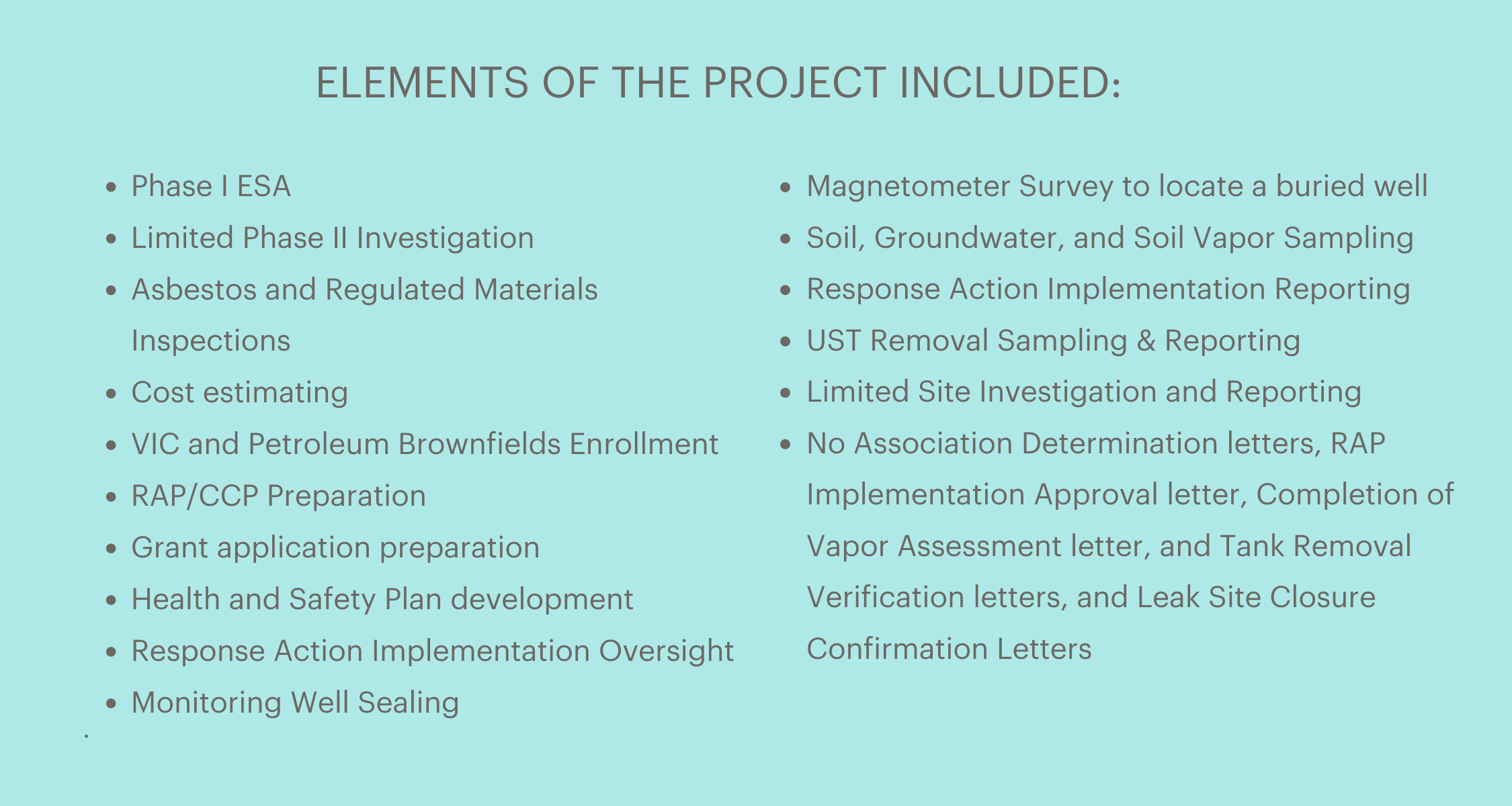